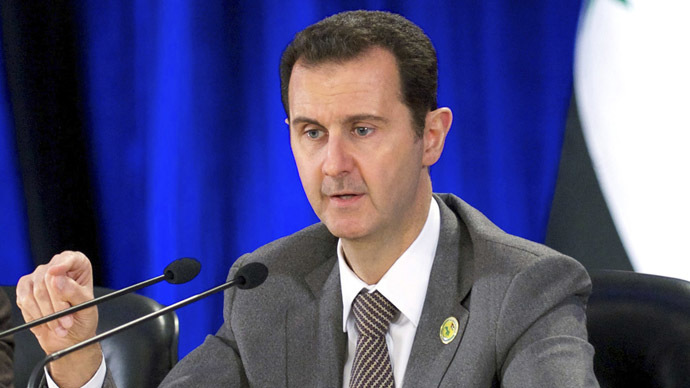 Bashar al-Assad warned about the growing threat from “Scandinavian” Islamist extremists fighting inside of Syria, where the battle against Islamic State amidst a protracted civil war has claimed the lives of over 200,000 people.

Syrian President Bashar Assad, in an interview with the Swedish newspaper Expressen, said the threat of terrorism should not looked at as “domestic or as local,” but rather as a global phenomenon, before going on to reveal that “the most dangerous leaders of ISIS (Islamic State or IS) in our region are Scandinavian.”

Assad, who has struggled to remain in power through four grueling years of civil war, and now incursions by IS jihadists as well, warned that Sweden and Europe are at risk of terrorism.

“As long as you have terrorism growing in different European countries, Sweden cannot be safe,” Assad told Kassem Hamade in the Syrian capital, Damascus. “As long as the backyard of Europe, especially the Mediterranean and Northern Africa, is in chaos and full of terrorists, Europe cannot be safe.”

Read more Up to 6,000 Europeans joined ISIS in Syria – EU

When asked whether Sweden requested information about these ISIS fighters or other jihadists, Assad said: “There’s no contact between our intelligence agencies.’

Between 5,000 and 6,000 Europeans have traveled to Syria to join Islamic State, said Vera Jourova, the EU Commissioner for Justice said, emphasizing that 1,450 of them are French citizens, the French newspaper Le Figaro reported.

However, EU officials believe that the figures are strongly underestimated, as foreign fighters are difficult to track.

The comments by the Syrian leader came after the Swedish intelligence agency, SÄPO, recently warned that jihadists returning from fighting in Syria represent the biggest domestic threat in Sweden today.

Säpo press officer Fredrik Milder told The Local, that “at least 150 Swedish residents were known to have been to Syria or Iraq to fight for Isis or other extremist groups, with intelligence suggesting that at least 35 had died in the process.”

“About 50 of those known to have traveled to Syria have returned to Sweden. They travel to Syria, return to Sweden and tend to go back again,” Milder said, while adding that “there is only a very little we can do to stop people from traveling from Sweden to join al-Qaeda-inspired groups.”

Milder did not offer an explanation as to why these individuals were not being arrested upon their return to Sweden and other European countries.

Starting in September 2014, a coalition of US-led forces – including Bahrain, Jordan, Qatar, Saudi Arabia, and the United Arab Emirates – launched airstrikes on Syrian territory, which were not authorized by the Syrian president, against Islamic State (IS), which has declared its intention of creating a caliphate across parts of the Middle East.