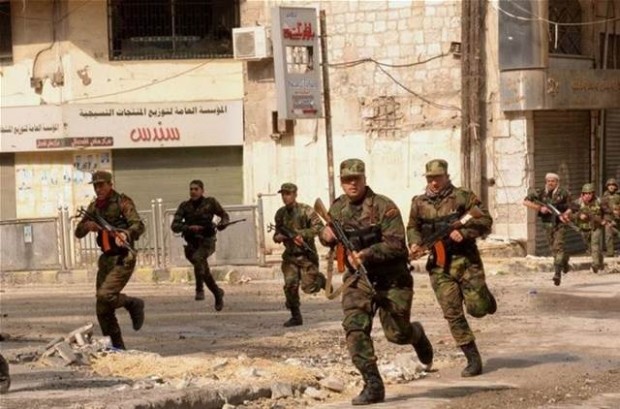 Qamishli, Syria – After several consecutive days of offensives by the Islamic State group (IS/ISIS) against various locations of Syrian regime forces in the countryside of Hasakah, pro-regime security forces seized a large mount of weapons and ammunition in the Geweran neighborhood south of the city, a military personnel reported.

The source told ARA News, on the condition of anonymity, that the regime forces seized “Turkish-made weapons and ammunition” in Geweran neighborhood located in the southern outskirts of Hasakah, northeastern Syria.

Speaking to ARA News in Hasakah, civil rights activist Dilovan Mohammed said that clashes broke out between the pro-regime army backed by allied militias (National Defense Army) and IS militants on the road to the villages of Shaqra, Abyad, Sabaa Suqur and Dawoodiya.

“The clashes caused casualties on both sides,” he added, without specifying figures, pointing out that the pro-regime forces gained control of the petroleum junction in the countryside of Hasakah.