Green growth is often used interchangeably with the term ‘green economy’, which was at the top of Rio+20′s agenda. In May, the Bank released a report on ‘inclusive green growth’ (IGG) that defined the concept as “growth that is efficient in its use of natural resources, clean in that it minimises pollution and environmental impacts, and resilient in that it accounts for natural hazards and the role of environmental management and natural capital in preventing physical disasters.” Recognising that current growth patterns are unsustainable because of the environmental degradation involved, the report calls for a sustainable development path that reconciles “developing countries’ urgent need for rapid growth and poverty alleviation with the need to avoid irreversible and costly environmental damage.”

To achieve this, it claims countries must assign monetary value to their natural ecosystems, such as forests, oceans and biodiversity, incorporate them into national accounts to complement the physical and human assets measured by gross domestic product (GDP), and grant property rights over this natural capital, which could be traded, thus creating new financing instruments and markets. Critics have condemned this as essentially a privatisation of nature that would turn the planet’s common goods into commodities and further their exploitation in the name of economic growth. This market-based approach to natural resources is not new, being behind the UN’s Reducing Emissions from Deforestation and Forest Degradation (REDD) programme, which has been criticised for not benefitting poor communities and for violating the rights of indigenous people (see Update 76).

Liane Schalatek and Nancy Alexander of the German political foundation Heinrich Boell said in a May paper that the Bank’s IGG report does not address the risks of these approaches in terms of enhancing resource exploitation and violation of human rights: “the report ‘recycles’ previous arguments, including in the UNEP [United Nations Environment Programme] Green Growth Report and elsewhere, that the inefficiency in dealing with ‘natural capital’ comes from the fact that the commons are governed by ‘open access regimes’ … which leads to overuse and waste. … It ignores the fact that devastation of the commons arises principally from industrialisation and intensification of natural resource use, driven by corporate interests with vested political support, at the expense of local livelihoods.” They also criticise the report for giving “little attention to the ‘inclusive’ and ‘social’ dimensions of IGG”, for failing to “question the links between growth, poverty reduction, and inequality”, for pushing infrastructure (see Update 81) as “the heart of green growth”, and for ignoring the issue that “trade and investment rules can ‘tie the hands’ of governments by paralyzing their capacity to implement environmental and social regulations or green technological approaches.”

According to them, “among the more critical suggestions is the proposal to support a ‘fund of funds’ under which a government or [multilateral development bank] invests a relatively small amount of long-term capital in a range of private, professionally managed funds … that then invest in clean energy or energy sufficiency. The report does not address the lack of transparency and accountability inherent in such … investments, nor the fact that social and environmental safeguards are often not observed or enforced with little recourse for taxpayers and affected people.”

These concerns over the Bank’s prioritisation of the role of the private sector (see Update 81) were echoed by environment groups in early June, when the Bank released its new environment strategy for 2012-2022, following the line of the IGG report. Expanded to cover the entire World Bank Group, including its private sector arm, the International Finance Corporation (IFC), the strategy “articulates a new vision for a green, clean, and resilient world for all [in which] good policies enable the private sector to use natural resources sustainably as part of good business.” However, Karen Orenstein of NGO Friends of the Earth told press agency IPS News that “the lesson the Bank should have learned from past efforts on liberalisation is that privatisation doesn’t work. The most marginalised [people] are the ones that end up worst off.”

In May, ten African countries, including Ghana and South Africa, pledged to include the economic value of natural resources in their national accounts. Nigerian environmentalist Nnimmo Bassey told IPS News that the pledge would “help corporate interests in Rio while impoverishing already disadvantaged populations, exacerbate land grabs and displace the poor from their territories.” The Bank stepped up its push for natural capital accounting by promoting its programme on Wealth Accounting and Valuation of Ecosystem Services (see Update 80) at Rio+20, where 57 countries and the European Commission, as well as over 80 private companies, signed up to support the initiative.

The conference also saw the launch of the Natural Capital Declaration, set up by the financial sector and backed by the IFC, which aims to integrate natural capital considerations into financial products and services. BankTrack, a global NGO coalition tracking private sector banks, condemned the initiative as “a false and disturbing response … to the profound ecological crises of today” and “another attempt to promote the liberal, market based ‘green economy’ model sought by business as outcome of the Rio conference.”

Rio+20 culminated in a document signed by leaders of over 190 countries that included a plan to define global sustainable development goals by 2015, but was criticised by civil society groups for being too weak and vague. George Monbiot wrote in the Guardian that “16 times in their text they pledged to pursue ‘sustained growth’, the primary cause of the biosphere’s losses.” An alternative event, the People’s Summit, was held parallel to the UN conference by civil society groups that were unsatisfied with the green economy agenda of the official conference. The international coordination group of the event, made up of 35 networks, social movements and organisations from 13 different countries, argued in a statement that “nothing in the green economy questions … the economy based on extraction of fossil fuels, or the models of consumption and industrial production. On the contrary … [it] opens new territories to the economy that exploits people and environment, increasing the myth that unlimited economic growth is possible.” They added that Rio+20 focussed on “facilitat[ing] this ‘green economy’ through the World Bank and other financial institutions … which would result in a new cycle of debt and structural adjustment dressed in green”. Rio+20′s green economy agenda also drew further opposition, including from a coalition of over 80 Asian movements and organisations and a group of over 500 indigenous peoples that issued declarations rejecting it. 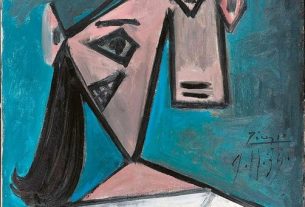