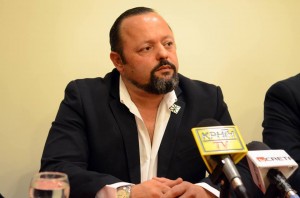 (Reuters) – Greece is looking into swapping a big chunk of its bailout loans with a 50-year government bond as a way to achieve debt relief once it attains a primary budget surplus this year, an official close to the discussions told Reuters on Saturday.

Twice bailed out with 240 billion euros by its euro zone partners and the International Monetary Fund, Greece aims at a primary budget surplus this year, excluding interest payments, which will allow it to seek debt relief from its lenders.

International lenders have already agreed they could give Athens further debt relief, likely in the form of lower financing costs or extended repayment of its loans, if it meets its fiscal targets this year.

“Among the proposals being examined at a technical level as part of debt relief measures is issuing a long-term bond with a maturity of up to 50 years to possibly replace the bilateral loans from the first bailout,” said the official who declined to be named.

The official did not disclose the size of the bond issue under discussion.

Repayment of these bilateral loans is set to begin in 2025. The swap would extend repayment by decades.

Athens has about 30 billion euros of outstanding government bonds held by investors. The big chunk of its debt load, expected to peak at 322 billion euros or 175.6 percent of gross domestic product this year, is official sector loans owed to its partners and the IMF.

The official said there were no discussions taking place between the Greek government and its international creditors on the idea of swapping official sector debt with a long-term bond.

“For this to happen, Greece must achieve a sustainable primary budget surplus to activate the agreement on further debt relief,” the official said.

Greece and its lenders are close to agreeing that Athens will achieve a small primary budget surplus this year, a senior finance ministry official told reporters last month.