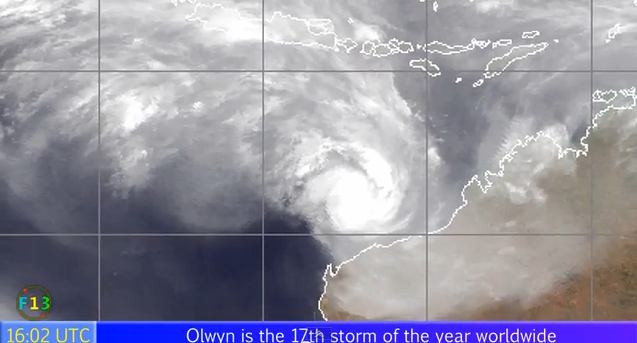 Five elderly Aboriginal people with medical conditions were declined access for up to seven hours from the Carnarvon cyclone shelter and hospital, ahead of the impact of Severe Tropical Cyclone Olwyn, the CEO of the Aboriginal medical service says. 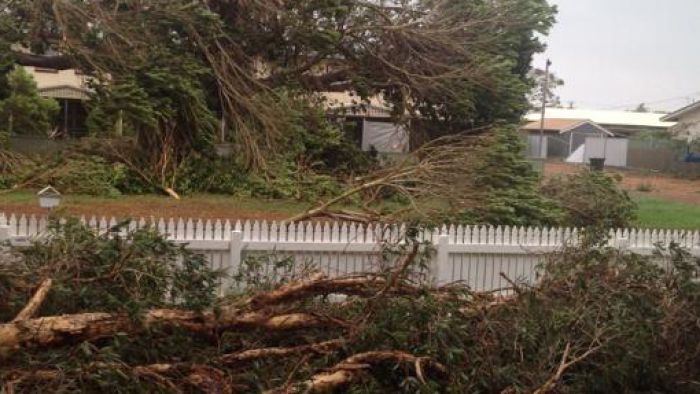 Category three Severe Tropical Cyclone Olwyn was moving south towards the West Australian coastline north of Carnarvon on Thursday 12th March. Authorities had ordered the evacuation of the tourism community of Coral Bay, 240 kilometres north of the town, and this was the reason given to Mr Van Styn for denying entry to the five residents of Mungullah Aboriginal community.

“We were told by the volunteer there that they were under strict instruction that the evac centre was only for people from Coral Bay and that they won’t be accepting our Aboriginal people from Mungullah Village,” he said.

The five Aboriginal people had been asked to leave Mungullah after CAMS and the Department of Fire and Emergency Services (DFES) had visited their community just seven kilometres outside of Carnarvon.

“After 2010 when people were airlifted out of this village because of roadblocks and flooding, that was the whole reason for DFES sending people in early this time to help get Mungullah prepared because it did require very expensive airlifting of the patients. We were looking to avoid that,” said Mr Van Styn

“There were four elderly people including amputees on dialysis, and one younger person suffering severe personal health issues.”

“It was a decision from DFES, and they did talk to the hospital, that we will be able to transport the evacuees there,” he said.

But three hours after Mr Parrelli left the five Aboriginal people at the hospital, he learned they hadn’t yet been admitted.

“When DFES called me back at about 3.30 here, they were concerned themselves that those guys were not admitted in yet, and pretty much got me prepared to now look at option ‘B’ which was to get those people to the evacuation centre.”

Mr Parrelli said that he got mixed messages from the hospital about why the Mungullah residents had not been admitted.

But after the five Aboriginal people were transported from the hospital to the government cyclone shelter administered by the Department of Child Protection, the CAMS CEO, Mr Van Styn received a call saying they were not being admitted there either.

“Before I arrived to try and come and resolve the issue, they were sitting on the chairs outside as they weren’t allowed inside the centre,” he said.

As well as being told the centre was only for evacuees from Coral Bay, Mr Van Styn said he was given a number of other reason why the Mungullah residents could not enter the then empty evacuation centre.

“To sit there staring at an empty evacuation centre with five Aboriginal residents of Mungullah Village and being told, ‘There’s no room, no food, not sufficient power, the air-conditioning doesn’t work, the bedding’s not right, you’re not from Coral Bay,’ is pretty concerning.”

The Aboriginal medical service CEO said as other people began to arrive at the Carnarvon cyclone shelter, he was alarmed that no one else was declined entry.

“Given the fact the centre was empty and we were the first five and they were elderly and frail, then seeing a couple of European, tall strong fit backpacker guys, walk straight past while we had our dispute, and being signed in and to grab a seat and make themselves at home, was a bit upsetting.”

Negotiations over where the five Aboriginal people could be sheltered continued on into the evening of March 12.

“We met again with hospital representatives, and then again we met with evac centre representatives. And for one gentleman, after a period of approximately seven hours, he was finally admitted into the shared room at the hospital for more acute care,” he said.

It took the intervention of a DFES officer to finally get the remaining Mungullah residents into the cyclone shelter according to Mr Van Styn.

“He was required to explain his authority and the ability to make the call to be able to allow people to check in… My reading of the situation was that he was actually quite shocked that he was unable to have these five people gain access to an evacuation centre pre a cyclone.”

Mr Van Styn said that considering the widespread damage that was ultimately inflicted by Cyclone Olwyn on Carnarvon, he’s troubled by the experience and wonders what may have happened if CAMS and DFES were not able to intervene on behalf of the Mungullah residents.

“I’m a bit concerned with what would have happened to these guys simply sitting outside the centre. I’m sure humanity would have come along and let them in at some point, but it just shouldn’t have come to that.”

The ABC contacted the WA Department of Health and Department of Child Protection in relation to this story, but had not received a response at the time of publishing.