Holders of 108.7 billion yen ($1.33 billion) of Greece’s yen-denominated bonds who live in Japan may not be affected by an agreed debt swap as part of the biggest restructuring in history.

The swap agreed to on Feb. 24, known as private sector involvement, or PSI, doesn’t apply to the holders because of the time limits and Japanese legal requirements, Shinsei Bank Ltd. (8303),Mizuho Corporate Bank Ltd. and Aozora Bank Ltd. (8304), fiscal agents for the securities in Japan, said in statements today. Greece last week formally offered to exchange some bonds for new notes, with investors taking a 53.5 percent haircut.

“The announcement gives near-term comfort to Japanese investors, however it doesn’t promise a massive improvement on the situation,” said Akane Enatsu, a senior credit analyst at Barclays CapitalJapan Ltd. in Tokyo. “Greece’s situation is still on a knife-edge, and it’s unsure whether it will be OK until the Samurai bonds reach redemption in 2015 and 2016.”

“The Greek government isn’t in a position to promise anything at this moment regarding the treatment of the aforementioned bonds owned by residents in Japan,” Shinsei Bank said in the statement. Greece will notify the result of the current PSI offer to the fiscal agents “without any delay.”

Toshiharu Mashita, a spokesman for Japan’s Financial Services Agency in Tokyo, said the agency is aware of the statements, while declining to comment further.

Japan’s Chief Cabinet Secretary Osamu Fujimura said at a briefing in Tokyo today that he hadn’t heard about the Greek Samurai bond report.

The five bonds affected were all sold in 1995 and 1996. They include the Greek government’s 40 billion yen of 5 percent notes maturing in August 2016, and its 30 billion yen of 5.25 percent February 2016 securities, which are both represented by Shinsei Bank.

Mizuho Corporate Bank is the agent for Greece’s 20 billion of 5.8 percent notes due in July 2015.

To contact the editor responsible for this story: Shelley Smith at ssmith118@bloomberg.net

BRASÍLIA, BRAZIL – Wary of dependence on the dollar, Brazil and China on Thursday agreed to a R$60 billion currency swap, shoring up their economies and increasing liquidity in the wake of continued instability in Europe and the United States. “It is a measure that reinforces the economies of both countries,” Brazil’s Minister of Finance Guido Mantega said in a statement. “It is as if we had a reserve of additional resources for times when the international economy is stressed.”

Under the initiative China will be able to access up to R$60 billion from the Brazilian Central Bank for bilateral trade, or to bolster reserves as needed. Brazil will have equal access to 190 billion yuan from China.

The initiative was discussed by BRICS nations at last week’s G-20 summit in Los Cabos, Mexico. It is designed to strengthen ties between the group, which has been lobbying for greater influence at the international table, and to enable them to better withstand the global economic crisis.

The five countries also discussed creating a pool of reserves to dip into in times of need. Together, the BRICS countrieshave the largest volume of reserves in the world, at US$4.5 trillion.

Antony Mueller, a professor of economics at the Federal University of Sergipe, said that BRICS were keen to find a way to reduce their reliance on the dollar. “Emerging economies, and the BRICS in particular, seek for a way to lessen their dependence on the dollar for international trade,” he said in an email Friday. “Both the real and the yuan do not (yet) qualify as international currencies. Therefore, these countries … establish bilateral currency arrangements.”

China, keen to promote the yuan as a global reserve currency, has established a raft of currency swap agreements with countries including Japan and Thailand in recent years. Brazil is the largest economy to date to sign such an agreement. The leaders of the BRICS nations pose for a photo during the G-20 summit in Mexico last week, photo by Blog do Planalto/Wikimedia Creative Commons License.

The deal was made during a meeting between President Dilma Rousseff and Chinese President Wen Jiabao, in Rio for Rio+20. Brazil and China also signed accords designed to boost investment, trade and cultural exchange.

The two countries inked agreements to increase exports of Brazilian aircraft made by Embraer to China, and to establish a factory in China for the construction of aircraft manufacturer’s jets. There will also be increased cooperation in aerospace technologies, with the launch of one joint satellite this year and a second in 2014.

The agreements come in the wake of recent tensions over trade between the two nations, which has hitherto been dominated by Chinese demand for Brazil’s unrefined commodities and Brazilian consumption of cheap Chinese goods. In an effort to bolster domestic manufacturers, Brazil has recently raised taxes on many imports, a move that will disproportionately affect Chinese producers.

Professor Mueller warned that such bilateral trade agreements were suboptimal. “In a wider historical and global perspective bilateral agreement for trade and finance are ‘third-best solutions,’” he said, “The first best being free trade and a global currency with the second-best solution being wide regional free trade areas (such as EU and Euro).”

Accounting for seventeen percent of Brazil’s international trade, or some US$77 billion, China overtook the U.S. in recent years to become Brazil’s biggest trading partner. Mantega said that trade would continue to expand. “China is growing fast and wants to stimulate consumption,” he said. “There’s no limit to how much trade can grow.” 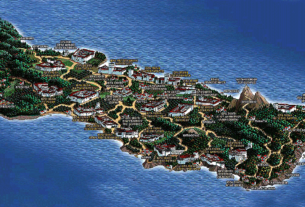